Nigeria’s Vice President Yemi Osinbajo on Friday, turned 62 years today,  with the professor of law along with wife, Dolapo giving praises to Jesus as the “lover of his soul” and ‘strong tower’.

Osinbajo, who escaped death last month in a helicopter crash in Kogi state, won re-election on February 23 for another four year term, along with his boss, President Muhammadu Buhari. 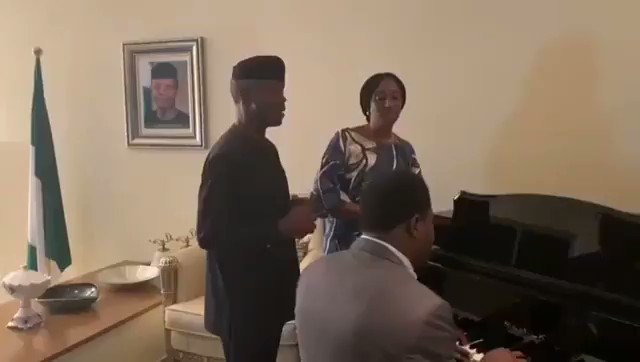 He attended the Igbobi College, Lagos, University of Lagos (UNILAG) from 1975 to 1978, and London School of Economics and Political Science.

He was Attorney-general and Commissioner for Justice in Lagos State from 1999 until 2007.

Osinbajo worked as a Professor of Law at the University of Lagos for many years; he was also a Senior Partner with SimmonsCooper Partners, a commercial law practice.

In 2015 presidential election, he was President Muhammadu Buhari’s running mate and was inaugurated as Nigeria’s Vice President, on May 29, 2015.

On Feb. 23, Osinbajo and President Buhari were reelected for a second term in office.

He is also a Pastor of the Redeemed Christian Church of God (RCCG).

Osinbajo and his wife Dolapo Osinbajo have three children. (NAN)